Has Chinese Food Had Its Day?

Chinese cuisine is hardly any less of a staple than it used to be before the current wave of health consciousness took hold in UK households. But, spurred on by the current political turmoil, traditional has come to be associated with stale, outdated, and ignorant. 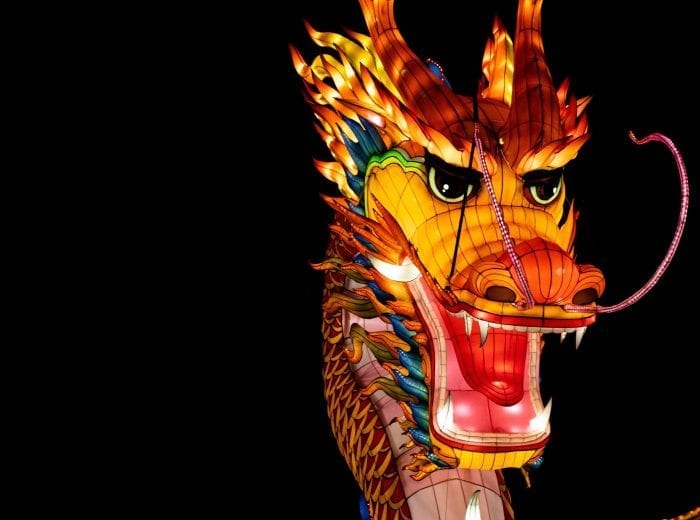 Has the stigma of Chinese takeaway led to a rather cloudy consumer perception that authentic is synonymous with the unrecognisable: the unprejudiced?

For consumers with less time on their hands, and for the ordinary weekday meal, the essence of ‘exotic’ ingredients is amalgamated in meal kits, ready meals, and pre-marinated sauces, easily located in The Big 4. But it is the dishes within the world cuisine grocery offering that is unsettling oriental food. ‘Obscure’ exotic dishes are becoming increasingly accessible in the Big 4 offering regional dishes from places we only know about thanks to the Lonely Planet’s Facebook feed.

Retailer NPD last year included an influx of Vietnamese, Sri Lankan, Thai, Korean, and Singaporean tastes. Dish regionality is immediately obvious in meals like Keralan Coconut Curry, Kashmiri Tikka Masala, North Indian Butter Chicken. The Grocer’s 2018 Focus on World Cuisine responded aptly with ‘A Taste of Authenticity’. The report that explores, among other pitfalls, the damage that marketing, guised as authenticity, can have, exemplifying M&S’ innovation in Indian cuisine – clinging onto the wavering popularity of tumeric in order to sell a product as authentic, rather than promoting legitimate origins of dish name, ingredients etc.

Authenticity – and claims of it – exploded as a trend in 2018, bridging what is now a rather hazy space between meal kits and ready meals; world cuisine and general ambient grocery.

The retail landscape evolves alongside changes in pop culture; the aromas within the restaurant scene; and the rapidly growing popularity of street food markets, adapting to changing needs and newly accepting palates.

Where these ‘new’ cuisines are just entering the UK retailers, their claims of authenticity elucidated by regional dish names, Chinese food has a rich and lengthy history in the UK, especially in the restaurant scene, which is a reason why it is here to stay, and not a passing trend.

In the Telegraph’s August interview with Ken Hom, we learn how what we have come to know as Chinese food is in fact Cantonese. Hong Kong style also, is in fact a Western take on Cantonese flavours: “By the 1970s, the phrase ‘Hong Kong style’ had emerged to describe Cantonese cuisine that combined exotic or expensive ingredients with Western catering,” says Minjie, the article’s author.

Yes, semantic evolution and the globalisation of consumer appetites could be damaging to traditional cuisine. The most recognisable Chinese cuisine brands for example, Sharwood’s and Blue Dragon, both innovated into different types of oriental cuisine last year, rather than adding more to their Chinese cuisine ranges. Sharwood’s dove into noodle pots as a result of their tie-in with Nissin, harkening to Japanese and Korean; Blue Dragon into Japanese, Vietnamese, and Thai.

Notably, Chinese cuisine is hardly growing. But while outside trends are always shifting, tradition will not budge, for a reason. Yes, Chinese cuisine is only maintaining itself, but it sits a comfortable third in the highest grossing ‘exotic’ ready meals of 2018 (Kantar Worldpanel 52 w/e 15 July 2018), and the fourth best-selling ready meal out of all types of cuisine, at £341.4mn (Kantar Worldpanel 52 w/e 7 Oct 2018).

Recommendation: If Chinese cuisines really wants to fit in, it should reposition dishes as healthy/ clean.

Health consciousness and health claims are inescapable, especially in categories once slandered as high in salt, fat, and low in nutrients and protein. Ready meals are usually characterised in this way, and this classification has resulted in an inundation of premium ready meal brands propelling the market into healthy living territory. Premium is not synonymous with healthy, but it is lending itself this way in the ready meal and food-to-go categories.

For Chinese ready meals, healthy repositioning is a viable option, especially due to the current popularity of high fat & alternative protein. A small swerve into the limelight is all Chinese cuisine needs to match up to the competition.

Do you have Chinese product which you are looking to launch? Or would like to know more about this category? Contact us by emailing [email protected] or calling our office on 01803 203387.

For Further Reading On Chinese Cuisine:

Where to Travel Based on Your Chinese Zodiac Sign

“Protein is a fast-moving field as the new prote

As consumers demand products at a greater convenie

This error message is only visible to WordPress admins

Error: Access Token is not valid or has expired. Feed will not update.