Keeping Track of the Tracker Trend

The beauty of modern technology is the depth and range of information that it makes available to us. In the midst of this digital revolution, the personal monitoring movement is now gaining momentum. With the ability to acquire data on just about every aspect of our health – are we really enhancing the human autonomy, or embarking on a conquest of self-sabotage?

In seeking self-knowledge throughout self-tracking, we can utilise modern technology for the likes of step count, heart rate, sleep quality and now even blood oxygen level. This so-called ‘data-drive life’ enables us to use this information to attain a wide variety of goals, from managing stress to running a marathon. With many of these measures obtained through wearables, it may be unsurprising to know that the number of wearable devices worldwide has more than doubled in the space of three years, increasing from 325 million in 2016 to 722 million in 2019 (Statista, 2020). The number of wearable devices is now forecast to reach more than one billion by 2022. 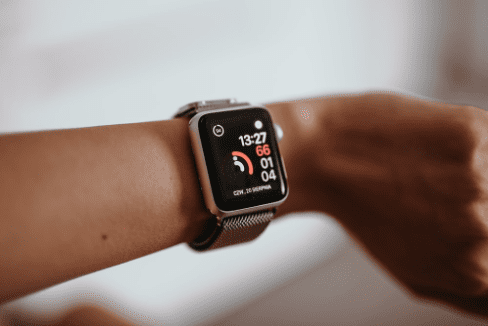 Wearables spreading prolifically throughout the consumer market, their efficacy as a behaviour change tool is no doubt reliant upon a) the user does in fact utilise the health and activity information provided by their wearable, and b) the individual’s health motivations are sustained over time.

With wearables promoting evidence-based behaviour change techniques such as social comparison/support and positive reinforcement, users are rewarded once obtaining desired behaviours. Run a 10k? High five! Hit your 10,000 daily step target? Have a virtual badge! For many individuals, these psychological mechanisms associated with self-tracking prove a highly effective means of facilitating goal attainment. For others, the psychological implications of wearables prove far from beneficial and can prove highly anxiety inducing.

The frequent checking of data coupled with feelings of guilt and pressure to achieve daily goals can result in some users experiencing such intense negative emotions leading them to view their wearable as an ‘enemy’. Despite such assertions that wearables can prove detrimental to users’ psychosocial health, research within the field is still well within its infancy and only time will tell if these devices are doing more harm than good.

It seems it’s no longer enough to wake up feeling rested; people now want to see the numbers to prove it. Many wearables now offer sleep tracking as standard, measuring your heart rate at night to show how long you spent in each stage of sleep (deep, REM and light) plus any periods awake. Some can also monitor blood oxygen saturation (SpO2), which can reveal whether you might be suffering from breathing disturbances that are interrupting your sleep and leaving you feeling groggy in the morning.

Tracking devices prove particularly beneficial in helping recognise sleep patterns. For those feeling sluggish when sleeping from 10pm to 6am, real insight can be gained into ones sleeping routine. However, while it’s nice to have a sense of how well you’re sleeping each night, the standard tracker you wear on your wrist may be lacking in precision. With many researchers stating that trackers can overestimate the amount of sleep people are getting, particularly those that focus on tracking movement. If you are lying awake in bed, the tracker might think that you’re asleep.

While devices that track heart rate or breathing give a more complete picture, they are still only generating estimates. It’s no doubt a positive that sleep trackers generate awareness on the importance of sleep, but it seems it’s probably too early for your sleep tracker to indicate inconsistencies suggesting a sleep disorder or other health problem. 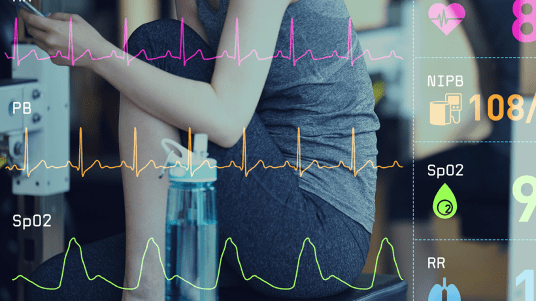 The oxygen content of your blood provides vital medical information. In hospitals it is usually measured by a fingertip pulse oximeter, which uses infrared light to reveal how much oxygen is in the blood. Following the recent launch of the new Apple Watch series 6, consumers can now monitor their own levels of oxygen saturation (SpO2). This advancement could not have arrived at a more fitting time, given that low blood oxygen levels can often be a side effect of Covid-19. With doctors now using SpO2 levels as a means of assessing Covid symptom severity, experts are claiming this feature is going to be the new ‘holy grail’ of wearables. So is it accurate? Scientists are claiming the device is highly technologically ‘sound’, however the device is somewhat temperamental in that it must be positioned perfectly in order to take a reading.

As cases of diabetes continue to rise globally, medical tech experts are now also being pushed into the wearables trend. By 2025, it is estimated there will be over 5 million people with diabetes in the UK alone (Diabetes UK, 2019). Medical technology companies are now becoming privy to the market opportunities behind this disease and are racing to create affordable, easy-to-use wearables for diabetics to better manage their care. With the market for high-tech diabetes devices, including continuous glucose monitors (CGMs) and insulin pumps, sitting at approximately $7 billion, it is now the fastest growing medical technology market over $1 billion (Raymond James Financial, 2020).

So, Do We Really Need It All?

Having touched upon just a few of the latest wearable advancements, additions appear to be ever expanding in terms of the amount of health data we can track. Aside from facilitating goal attainment, the detailed data collected by wearables also offers a sense of empowerment for the consumer in enabling early medical interventions for many health conditions and thus enhances health autonomy. This is mind, wearables are a something of a saving grace for some… for others the data overload can be too much to handle! Feel free to contact us if you’d like to continue the conversation on health tracking.