Oats – Here We Go A Grain

Re-wind 10 years and oats rarely featured beyond the ambient breakfast category. Today, it’s a very different picture. Just a short mask covered stroll through your local supermarket will highlight just how much oat-based NPD has cropped up over recent years – in all sorts of ambient, chilled, to go and grocery fixtures. So, what’s the reasoning behind oats recent success?

From a nutrition perspective, oats have many wholesome benefits. As a wholegrain, oat’s do not lose a lot of their goodness during the manufacturing process. This leaves the final product with more vitamins, minerals and other nutrients than can be found in processed refined grains. As a wholegrain, oats also help contribute to overall heart health due to their naturally high levels of beta glucan. Consuming 3 grams daily of this soluble fibre, combined with a healthy diet, may lower the blood’s level of so-called ‘bad’ cholesterol, in turn helping diminish risks of coronary heart disease. 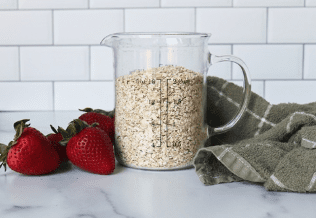 Oats are also a great source of phytonutrients, protein and healthy fats. They also contain exciting amounts of manganese, which is a trace mineral that your body needs for many essential functions. In addition to helping you reach your manganese quota, oats also contain beneficial amounts of zinc, phosphorous, selenium and iron.

One cup of oats contains approximately 160 calories, making it a good choice for those who are on a calorie restricted diet, or those who are simply looking to have a slower burn (lower GI) carb. The same cup also contains four grams of fat and six grams of protein. With consumers becoming increasingly aware of the highly nutritive content of oats, it’s unsurprising that oats are becoming something of a dietary necessity.

Not only are oats healthy for consumers, oats are also healthy for the environment. Oats are especially valuable in environmentally sustainable crop rotation systems, helping to ensure sound cropping and soil conservation practices. Oats are an ideal low-input crop which, when included in rotations, encourage crop diversity to reduce soil erosion and control plant diseases, insects and weeds.

While it takes 4-5 litres of water to grow a single almond, and the soybean industry has caused extensive deforestation, oat crops can flourish with considerably less water. With ‘Sustainable consumerism’ on the rise and consumers increasingly shopping in a more sustainable way, oats are also an obvious choice for the climate conscious consumer.

Oat As A Milk Alternative

We have seen a major influx of new oat-based milks entering the market this year, with NPD from Oatly, Minor figures, and MOMA Oat, all within just a couple of months of each other! Despite serious competition within the oat milk category right now, oat-based products are performing well given the heightened demand from consumers. It is thus unsurprising that oat is now set to become the number one ingredient in plant-based milks by the end of 2020.

Nutritionally, oat milk differs from its plant-based competitors. With both a higher calorie and carbohydrate content, oat is also considerably lower in protein than soy and pea. The mild, creamy flavour of oat milk does however work in its favour, meaning it provides an excellent option for cereals, beverages and even drinking on its own.

It may be stating the obvious, but oat milk tastes like…oats. With this in mind, the taste of oat milk is also one a familiar nature to the majority of consumers having previously eaten porridge or even breakfast cereals such as granola. Oat milk thus does not need disguising with added sugars or flavours, giving it an advantage over other plant-based milks, which are often overpowering (especially in coffee), too sweet or not sweet enough.

With oat milks widely considered the most sustainable of all the mainstream plant-based milks, both in comparison to cow’s milk and other alternative-milks, it’s a clear winner. Swedish brand Oatly, also claim that making the switch from cow’s milk to oat milk could save up to 73% in CO2. 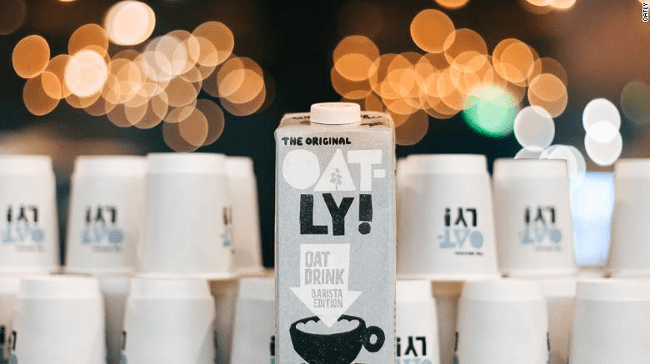 Oat As A Meat Alternative

Oats as a meat alternative, who would have thought it?! With more protein and less fat than chicken, beef, and pork, pulled oats are something of a scientifically proven positive health bomb.

Thanks to the mechanical process of pulling the oat-fibres with legume proteins, pulled oats has got a unique, fibrous texture which absorbs flavours well and can be spiced to perfection.  As a dish, pulled oats are easy to prepare and can be used within both warm and cold dishes. With much of the working population leading fast-paced lifestyles, the demand for ready-to-eat oat products is thus catalysed and no doubt fulfilled by pulled oat products.

Effectively tapping into the growing trend for plant-based eating, pulled oats are of appeal to vegans, vegetarians, pescatarians, flexitarians and pretty much anyone who is trying to eat less meat or who is simply looking for versatile protein alternative. According to The Grocer, three quarters of UK consumers have now tried a plant-based meat alternative and a third of consumers say they have considered adopting an entirely plant-based diet over the last year. With pulled oats now predicted to overtake the popularity of jackfruit, they are one to watch in the meat alternative scene.  Will they out muscle Pulled Peas, Tofu or Quorn as the protein platform of the future?

So, What’s Next For Oats? 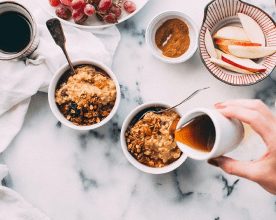 We are already seeing a few of the big-name brands entering the yogurt scene with oat-based NPD – Alpro, Oatly and Beleaf are too name just a few. Not only are consumers increasingly making the switch to dairy alternatives, but we are seeing a significant shift in purchasing habits as consumers begin to buy products for functional, health related purposes. Yogurts are thus a category that present a lot of opportunity right now, and I feel this is just the beginning for oat.

Contact us if you would like to open up a conversation about oat products or to discuss any of our services.