Even those ‘in the know’ couldn’t have predicted just how quickly the plant-based movement would grow.

A record 250,000 consumers took part in Veganuary 2019, more than all previous years put together, whilst over 35% of 18-24s are said to be looking to reduce their meat intake.

12% of Brits currently follow a meat-free diet, a figure that has risen and risen over the last couple of years.

An increased number of brands appear to have been shying away from the ‘vegan’ label, with ‘plant-based’ being preferred as a label to describe non animal products. UK retailers such as M&S and Tesco are spearheading this, with their Plant Kitchen and Wicked Kitchen lines. Derek Sarno, Director of Plant-based innovation at Tesco’s Wicked Kitchen has actively moved away from ‘vegan’ as a label. 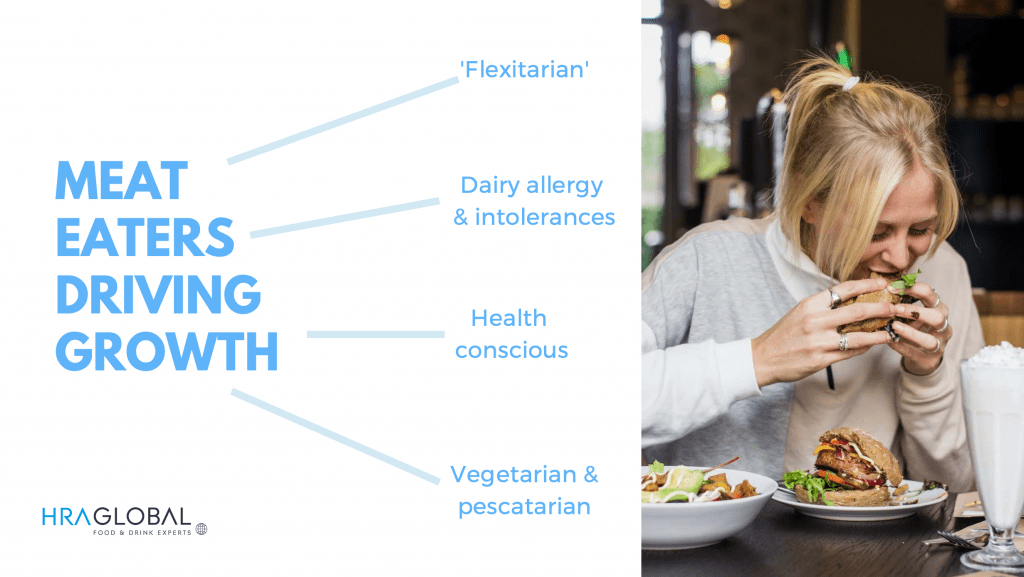 We ran a survey to our Consumer Panel in the Summer to enable us to understand and discuss associations with plant-based.

Although health is a key motivator within vegan, the market is unusual in being driven by three issues: health, ethics and environmentalism. Shouting about provenance and welfare were frequently mentioned opportunities to increase permissibility of a meal; the treat increases in worth as its ethical credentials rise.

Plant-based itself as a label is widely regarded as being less strict than traditional ‘veganism’, referring solely to food and drink. It is also no coincidence that the phenomenon has risen to popularity in tandem with its close neighbour, ‘flexitarianism’.

But eating less means consumers want more from what they do their teeth into. 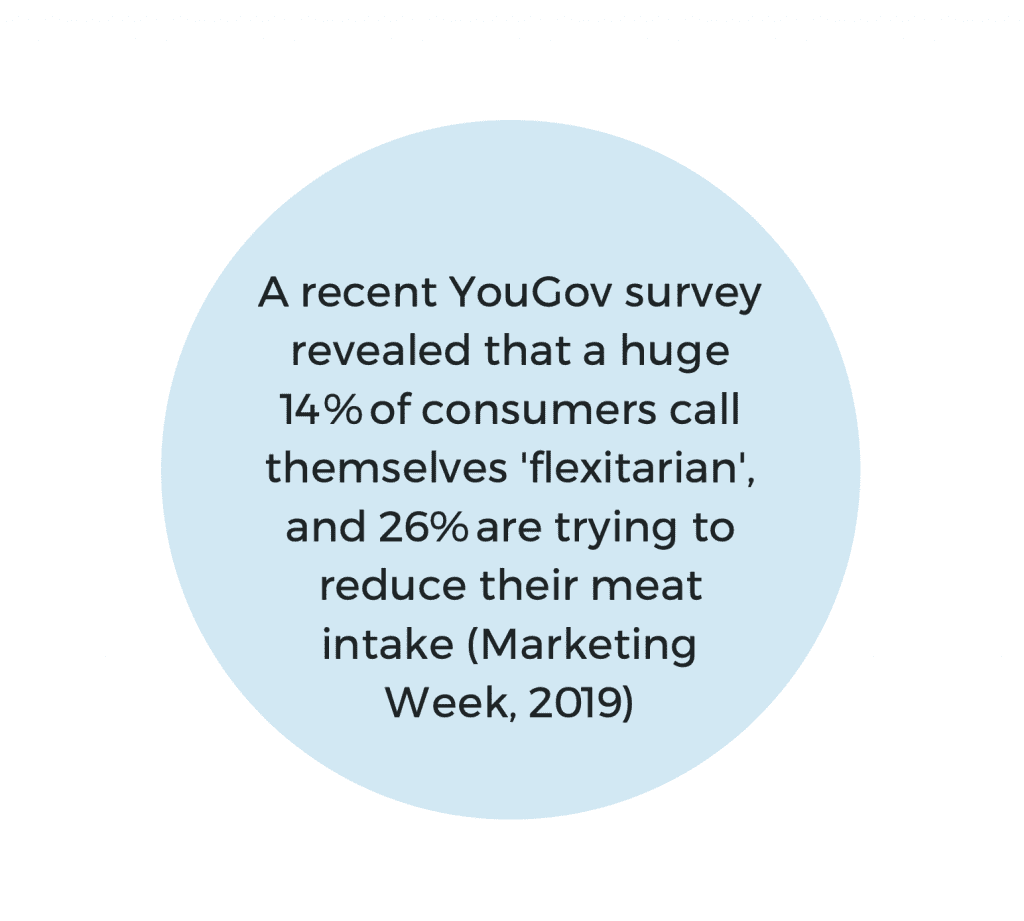 Protein is a huge mainstream trend with the amount of launches featuring a high protein claim at skyrocketing year on year. Alternative protein sources such as algae and seaweed are currently being explored an invested in with a view to replacing meat proteins. But plant-based alternatives cannot just offer a protein replacement – there must be a differentiator between meant and plan.

As evident from Tesco’s vegan ads this year, the plant-based diet is accessible to everyone – kids and adult alike.

With more mainstream retailers Ikea and Iceland unveiling meat free ranges, with the aim of getting consumers to simply “try something new” the extraordinary capabilities of plant-base are becoming the new own label norm (Live Kindly, Oct 2019)

Own label is performing particularly well in premium in the wire marketing, and with its share increasing in plant-based it is likely that this area will see growth.

As pre-mixed spirit drinks have been exposed for their high sugar content during Sugar Awareness Week, we take a look back to 2015 when we looked at sugar alternatives...

Have we learned of any new alternatives since then?

With #veganuary arriving with more of a bang each year, it's best known for being the season of the vegan NPD. Here, Roseanna has picked out the top vegan products that made us sit up and take notice this January.

Data has revealed that nearly 1 in 4 food products launched in 2019 were #vegan, but what does this tell us about consumers?

Find out what has driven this change in consumer behaviour and also what we predict to be the vegan trends of 2020 here... http://bit.ly/PlantBasedTRExtract