Qualitative research never quite materialises outside of conversations, but in the world of consumer research, what people say matters a lot.

In our recent survey, the initial line of investigation explored consumers’ thoughts about plant-based items on menus and the factors that influence their decision-making out of the home. 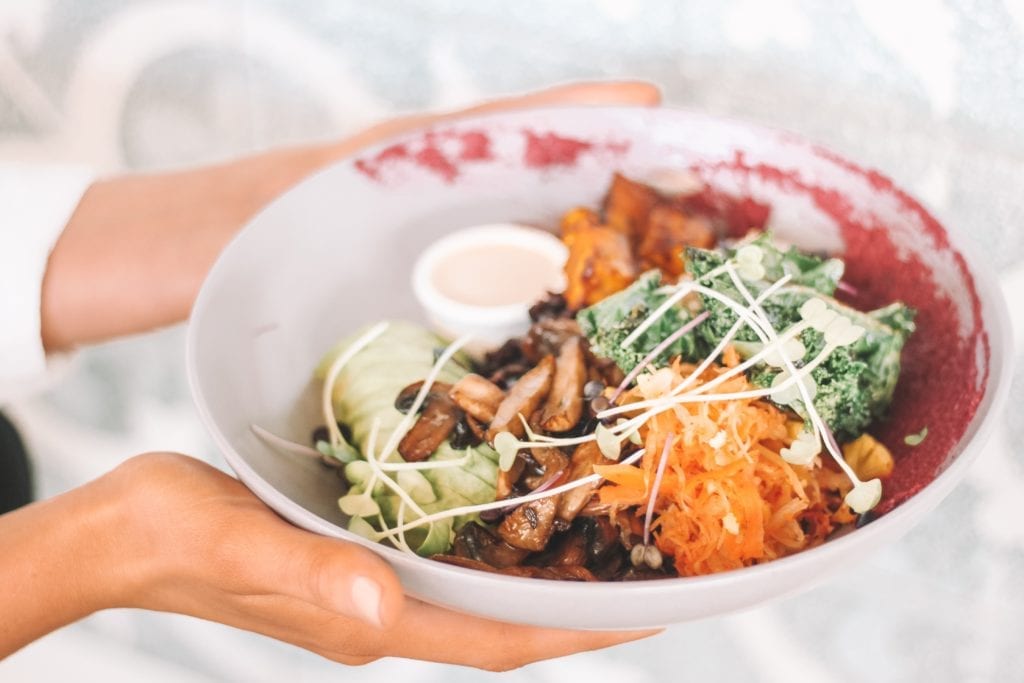 57% of our panel order off a menu most influenced by the place they are eating out. When watching the lettuce withering in the dense atmosphere of a fast food restaurant, one might be more inclined to order a salad-less meal. And the savoury aroma of frying meat could be the factor causing a flexitarian to change their mind about a portion of veggie fries.

The research indicated that health restrictive words were exactly that – confining plant-based to a tight-knit circle of consumers eating negatively, preoccupied with what they have to omit rather than the goodness determined to include.

Descriptors of flavour and texture were the most appealing to our consumers: ¾ of our panel choose this to be the top influencing descriptor over appearance and colour, and provenance and locality. Curious, considering the provenance trend. And also given the popularity of ‘Super-Green Salads’.

When ranking the four labels for menus to avoid, meat-free, with its restrictive, unconstructive connotations was rated most avoidable. 65% agreed with the statement that health restrictive could mean the opposite of indulgence.

According to AHDB, 13.4% of consumers say that their primary reason for eating out is to treat indulgence is a vital inclusion on menus’ descriptors and accompanying photos.

What does indulgence mean? Heavy and filling? Unhealthy but permissible? Deserved but guiltless?

In the case of our survey, 41% of consumers thought that meat dishes often appear to be more indulgent than plant-based ones, and 60% believed that the later would be more popular if it was advertised as more indulgent. In these responses, we can see how consumers define indulgence as the opposite of health (or perhaps just associated it with meat given the closed question that laid an agree/ disagree statement on the table).

Frequently mentioned opportunities for protein often regard shouting about provenance and welfare sourcing highly. To increase a consumer’s permissibility, it ups the worth of the treat, ethically and selflessly.

53% of our panel agreed here, with the rest polarised between the opinions of ethical and sustainable language being more of a selling point for plant-based items, and believing neither one had stronger relations to the concept than the other. It should be stressed however that only 25% of consumers thought provenance and locality were top descriptors.

The space between the research and announcement of a trend and the emotional integration and vocal manifestation of it is clear. For now, indulgence is key.