2021 was the biggest year yet for Veganuary, seeing an estimated 1.5 million people in Britain adopting a plant-based diet for at least a month, with category sales reaching the dizzying heights of £23.1m (The Grocer, 2021). . We’re yet to see the statistics for 2022, but it’s looking to be another roaring success.

This Veganuary, however, looks a little different to the others somehow. Over the past few years, we’ve seen the plant-based trend develop and ingrain itself more and more into the mainstream, with the phenomenal rise of ‘flexitarianism’ and ‘meat reduction’. Statistics vary, however the Grocer (2021) estimates 21% of the UK’s population to be flexitarian, with the percentage of the British population looking to reduce their meat, fish and dairy intake forecasted to hit 25% within the next two years. (The Grocer, 2021).

New launches are getting attention

Although plant-based launches remain high across the board from all brands – be it household name brands bringing out plant-based alternatives as well as dedicated plant-based brands (established names and start-ups alike), it is the former that has somewhat dominated the NPD landscape – not just this January, but over the last 12 months. This Veganuary alone has seen launches from household names spanning retail and foodservice. Below are some of those that have stood out to us:

Veganuary 2022 has seen a long-awaited release – a plant-based alternative to Philadelphia, following two years in development. Mondelez first began dropping hints that plant-based Philly was coming back in 2020, so cream-cheese fans will be delighted with this one. With an RSP of £2.50/150g, the almond and oat-based spread is described by Mondelez as ‘a delicious and creamy spread, as good as the original.

Another long-awaited launch, snack cheese fans will have been desperate to get their hands on the latest launch from Bel UK: Babybel Plant Based. Coconut oil and preservative free, Babybel Plant-based contain high levels of B12 and Calcium, in a move to assuage concerns that plant-based cheese alternatives may be nutritionally inferior to standard counterparts. Sold in packs of five for £2.00, they can be found in Sainsbury’s as of January 1, 2022.

Perhaps the most hyped and long-awaited release of them all lies in foodservice: the McDonalds McPlant. Following the success of the soft launch in a limited number of outlets in late 2021, the McPlant, made from Beyond Meat and three years in development, has finally reached outlets nationwide. Featuring a vegan sesame bun, mustard, ketchup, vegan sauce, vegan cheese, pickles, fresh onion and lettuce, the McPlant is cooked entirely separately from other McDonald’s items using dedicated utensils. It RSPs at £3.49 or £4.89 as part of a Medium Extra Value Meal. 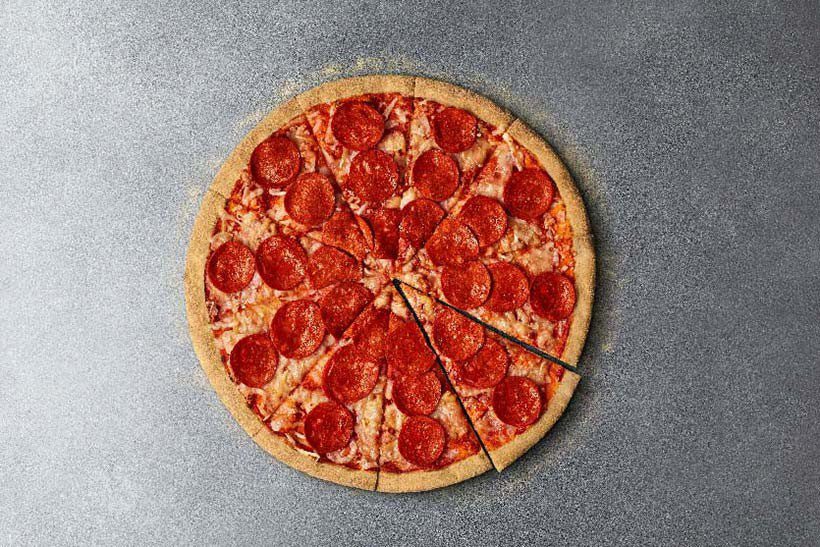 Albeit not the takeaway pizza chain’s first Vegan launch, having seen vegan menu sales increase by 73% (Vegan Food and Living, 2022), Domino’s has launched a vegan pepperoni pizza in time for Veganuary this year. Launched as a collaboration with The Vegetarian Butcher, the pizza features vegan pepperoni so realistic it is said even meat-eaters will enjoy the pizza.

Without overlooking the fantastic launches from dedicated vegan brands such as LoveRaw; Meatless Farm; Lilk and Coconut Collab to name but a few, it is high-profile launches from established ‘standard’ brands such as the above that have really garnered press attention this Veganuary, bucking a trend we’ve seen accelerate over the last few years.

Given the speed at which the plant-based trend has accelerated itself, some may say it was always a given that high-profile brands would muscle in on the action, developing their own plant-based alternatives. However, the trend has been with us for a while, and it really does seem that over the last 18 months, NPD from existing brands has exploded on a more dramatic scale than ever before. At HRA, we’d point towards this explosion in launches as symbolic of just how far plant-based has moved across into the mainstream – with so many consumers now looking to reduce their meat consumption, we are entering into an era where plant-based alternatives to products are expected, and taken as a given in all categories.

NPD in the future

Stay up to date

Here at HRA, we’ve got our finger firmly on the pulse when it comes to FMCG industry trends. Keep an eye on our FMCG insider blog for the latest trends and developments!